Digital technologies at the center of Italy’s growth

In its annual report on the social situation of the country, Censis identifies digital as one of the fundamental elements for new forms of growth and success opportunities for our companies. The Report showed that Italian companies have discovered new ways of competitiveness and success thanks to new technologies that have brought new growth and new investment opportunities. Not only is the Internet playing a key role for the changes in our society but also social media and digital disintermediation are reasons for change.

Disintermediation. The share of Italian internet users watching online movies increases by more than 4 percentage points compared to 2015, rising from 19.5% to 24%, pushing up to 47.4% in the case of under 30s. Also listening to music through the web it is a common practice for 39.4% of users (among the under 30s it goes up to 59.9%). Among the habits that are consolidating there are phone calls through web connections (22.9%). 54.2% of Internet users use the network to find a road or a location, the search for information on companies, products and services involves 52.7%. 37.7% of internet users make e-commerce (7 percentage points more in two years), 39.7% home banking. Deciding where to spend the holidays is an activity carried out with the help of the network by 15.8% of Internet users, 6.5% more than two years ago. They grow, even if not yet satisfactory, users who hurried practices with public offices through a click: they pass from 12.4% in 2015 to the current 14.9%. Booking a medical visit using the web is not yet a normal practice: only 8% of internet users do it (but they were only 5.1% in 2015).

Media consumption: In 2017 traditional TV (digital terrestrial) yields some viewers (92.2% of users, with a 3.3% reduction compared to 2016). Satellite TV has stabilized around user shares that are close to half of Italians (43.5% in 2017), TV is growing via internet (web TV and smart TV have 26.8% of users, +2 , 4% in one year) and mobile TV took off, which doubled its users in one year (from 11.2% to 22.1%). Traditional radio loses 4 percentage points of users, falling to 59.1% of Italian radio listeners. However, the decline is offset by listening to radio transmissions via the Internet through the PC (users at 18.6%, + 4.1% in one year). The car radio is always the preferred instrument by the Italians to listen to the broadcasts that air live (70.2% users).The smartphone is used by 69.6% of Italians (the share was only 15% in 2009). The growth of the internet slowed the pace, but continues: in 2017 it reached a penetration equal to 75.2% of Italians, with a positive difference of 1.5% compared to 2016. The big news is represented by the platforms that spread digital video and audio services, such as Netflix or Spotify. Today, 11.1% of Italians watch programs from video platforms and 10.4% listen to music from audio.

Information: The newspapers continue to suffer from the lack of integration in the world of digital communication: today only 35.8% of Italians read them. For magazines, in the last year there has been a small recovery, both for weeklies (31% of users, + 1.8%), and for monthly magazines (26.8% for users, + 2.1%). But today less than half of the population (42.9%) read books (in 2007 the figure was 59.4%). The role of e-books remains very incisive (from 2.9% in 2007 to 9.6% in 2017).Instead the users of WhatsApp (65.7% of Italians) coincide with virtually the people who use the smartphone, while about half of Italians use the two most popular social networks: Facebook (56.2%) and YouTube (49, 6%). Important is the step forward made by Instagram, which in two years has doubled its users (in 2015 it was at 9.8% and today it is at 21%), while Twitter remains at 13.6%. Parallel to the large-scale deployment of mobile devices, together with the expansion of activities that can be carried out thanks to apps and websites with considerable savings in time and money, in the last few years the behavior of adults aged between 30 and 44 years have become increasingly similar to those in the under 30s.

The screwing of information between fake news and post-truth. Italians who regularly read newspapers to inform themselves during the week have fallen to 14.2% in 2017 (and only 5.6% among young people). On the contrary, social networks have also seen a strong expansion as sources of information: Facebook is used by 35% of Italians (and the percentage rises to 48.8% among young people). In fact, in the space of fifteen years, copies of newspapers sold daily rose from almost 6 million, in 2000, to less than 3 million, in 2016, with a loss of over 50%. But the news still remain the most used information medium by the Italians (60.6%). Then there are search engines on the internet, like Google, which are used by 21.8% of the population to get informed, and YouTube (12.6%). More than half of Italian internet users happened to give credit to false news circulated on the Internet (often at 7.4%, sometimes at 45.3%, for a total of 52.7%). The percentage drops slightly, even if it remains always above the half, for the most educated (51.9%), but rises up to 58.8% among the youngest, who claim to believe often in 12.3 % of cases. For three quarters of Italians (77.8%), fake news is a dangerous phenomenon. Above all, the most educated people believe that lies on the web are created in order to pollute the public debate (74.1%) and favor populism (69.4%).

The decline in reading books and the imbalances of a poor press diet. Readers of printed books, which in 2013 were 52.1% of the population, dropped to 42.9% in 2017. 9.6% of Italians read e-books: they are up compared to 5.2% in 2013, but not enough. In 2006, a poor press diet was 33.9% of Italians, while in 2017 the figure rose to 55.1%. This means that the ability to decode a written text that requires prolonged attention over time, perceptive exclusivity, logical consequentiality, is being lost more and more. This is even more evident if we consider that the number of people who use all the media, including the Internet, has increased, with the exception of print media, which passed from 5.7% to 34.5% of the total in ten years. Supporting publishing in Italy are mainly women, especially the most educated, with 61.7% of graduates or graduates.

The new myths of today. Among the factors considered to be central in today’s society, there is still a permanent position with 38.5% of opinions, but followed by social networks (28.3%), then by the property (26.2%) and from the smartphone (25.7%): the first four positions reproduce in an inextricable mix between traditional values ​​and contemporary icons. Attention to the care of the body follows (22.7%), then the selfie (18.9%), which comes before the possession of a good degree of study as a guarantee to succeed socially (14.4%) and of the purchase of the new car (10.2%). Among the decisive media in the formation of the new collective imagination, television is in first place with 28.5% of the answers, immediately after internet (26.6%) and social networks (27.1%). Adding the two data together gives a total of 53.7%. Among the youngest Internet and social networks are attested together with 56% and in the age group 30-44 years even 66.6%, with TV relegated to 16.3%. As age grows, the influence exerted by the more traditional media grows, with TV at 48.9% in the 65 to 80 age bracket. The influence exerted by all the other media is poor: the cinema stops at 2.1%.

Contromano Digital: more than 800,000 jobs in Europe in ICT and digital market 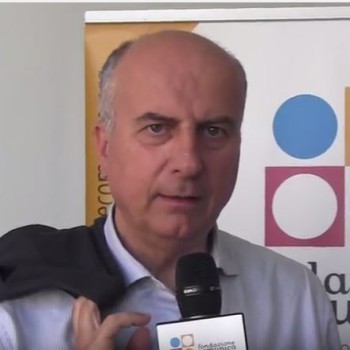 The workforce in the digital age: people, organizations and places 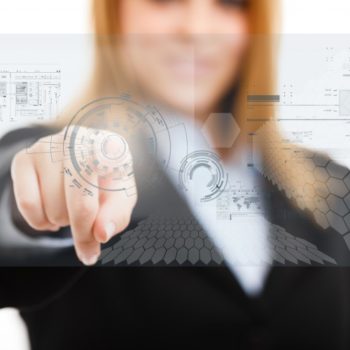 Scroll
Notice: this website or its third party tools use cookies, which are necessary to its functioning and required to achieve the purposes illustrated in the cookie policy. If you want to know more or withdraw your consent to all or some of the cookies, please refer to the cookie policy.OkRead more